I’m rather convinced that the Reef​ gig last week has broken me. I’m still buzzing from it 4 days later and I’ve not listened to another band since. Furthermore it’s left me contemplating whether I actually enjoy seeing metal bands live any more as they just don’t give me the same feeling as that gig did.

To be fair, besides having a good old mosh with some genuinely superb nutters (which can be done anywhere), the last 2 Machine Head​ gigs I’ve been to have been pretty boring in comparison. Don’t get me wrong, Machine Head are superb at what they do, even if Rob Flynn has developed a habit of not playing his guitar in favour of making hand gestures in an attempt to rial the crowd (which would be much better achieved by realising that they haven’t produced a noteworthy album since Ashes of Empires).

Corrosion of Conformity got the heart racing, I guess that they fall under the category of metal. Despite their technical difficulties (guitars that wouldn’t stay in tune) they managed to chug through a whole set of classics and keep the crowd in high spirits. I did thoroughly enjoy them.

So I ask myself, “what was it about this Reef gig that was so different?”. A difficult question to answer, a part of it could be the fact that I’ve loved that band for over half of my life but then, the same goes for many bands (Soundgarden, Corrosion of Conformity, Pearl Jam, Flaming Lips etc, etc). The ability of the band to interact with the crowd was rather mind-blowing, nobody was left out, they didn’t just concentrate on the people at the front, the people jumping about, etc. The energy and sense of brotherhood on the stage was joyous, the constant battle between Gary Stringer and his mic lead was a hilarious addition to the show too.

I guess I’m doing the “growing old” thing, I refuse to call it “growing up” because I refuse, I shall always refuse and I shall always carve my own path through this life. If anyone can point me towards a metal show that has the levels of intensity that I have talked about here then feel free as I don’t like the thought that I’m leaving it behind, with Pantera gone though it does seem like I’m never going to see a proper metal band live again unless Sepultura reform with the proper line-up, not the sham that exists in this day and age.

I’ll sign this one off with some pics from the Reef gig. 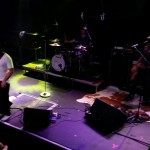 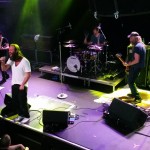 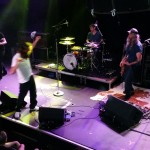 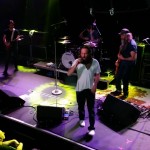 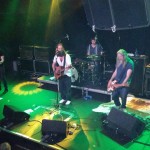 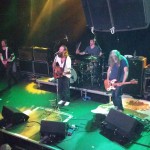