Pretty much zero planning got us to this place, I’d had it in mind to visit here for a long while after Dawn told me about it. Next up I’ll give a little history about the place courtesy of Wikipedia (thus rendering it most likely false);

The name Anchor Church is derived from the term anchorite (from the Greek ἀναχωρέω anachōreō, “to withdraw” or “to depart into the countryside”) because it is thought to have been the cell of an Anchorite hermit, St Hardulph, who lived and prayed here in the 6th and 7th century. The nearby church at Breedon on the Hill is dedicated to this saint. In the Middle Ages, the caves were used by a monk named Bernard, who died here whilst doing penance for his involvement in some unknown crime. Records of the caves exist from 1658 when it is mentioned in Repton church records. William Woolley, writing around 1715, said: “About half a mile eastward (from Foremark Hall), upon the side of the Trent, is a large cave dug out of a rock in the form of a chapel, called Anker church. It has been, as tradition informs us, an anchorite’s cell and it really is a most solitary, pleasant place”. D P Davies, in 1811, described the caves: “Several excavations, or cells, which communicate with each other and give a probability to the tradition of its having been the residence of an anchorite; whence it has derived the name of Anchor Church.”

The cave featured in a painting by Thomas Smith of Derby in 1745.

The Burdett family of Foremarke Hall enlarged the caves to the present size in the 18th century, fitting a door in 1845[3] and some additional brickwork, including a set of steps to the main entrance. Sir Francis Burdett used the caves as a summerhouse and held picnics there.

The caves are on the route of several popular walks in the area.[1] Anchor Church is a Grade II listed building. 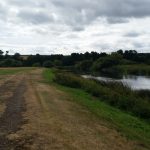 If you wind up here, you’re on the wrong side of the river! 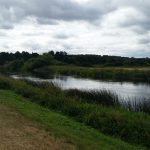 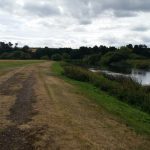 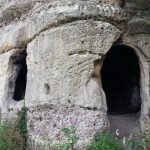 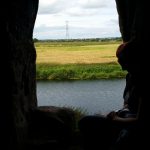 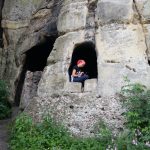 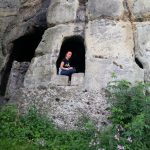 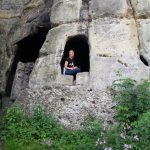 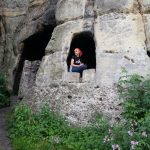 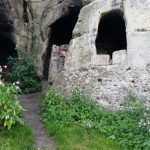 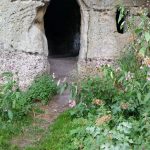 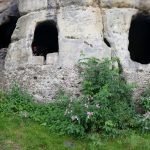 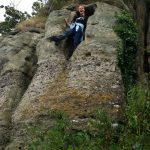 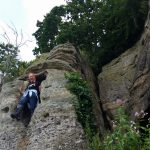 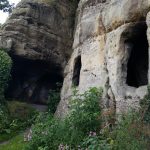 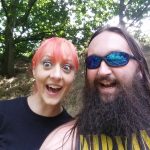 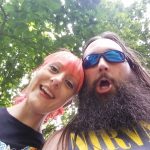 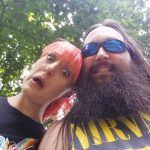